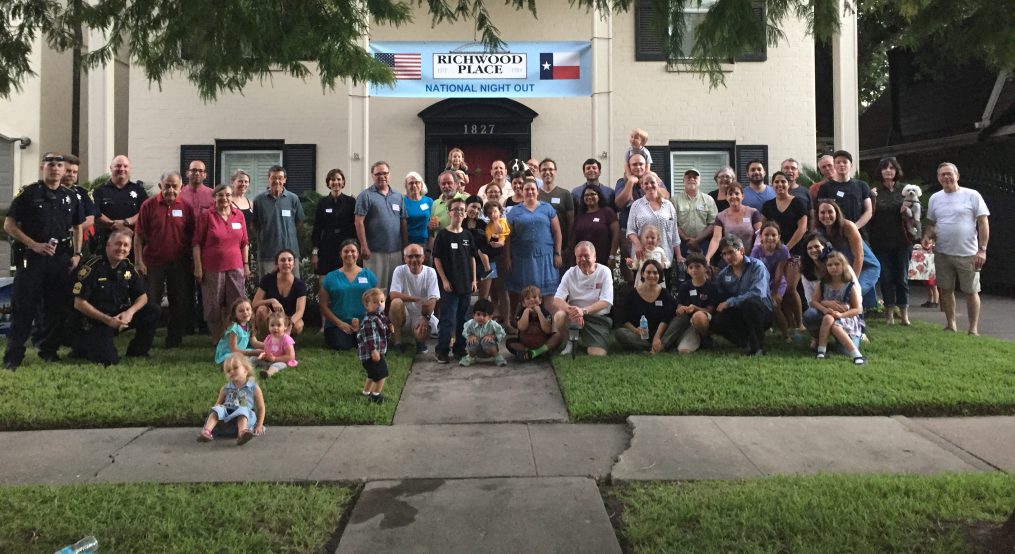 Did you know that the street tiles on the curbs in Houston predate back as far as the 1940s. We only have a few left in Richwood Place and the city removed 10 of them along Woodhead earlier this year as a part of the Montrose sidewalk reconstruction project. The city is happy to give them to you or any neighbors that are interested. They are huge. Bigger than the picture below. However, you can have them cut down for a fee ($450 minimum charge is what we were quoted) with a separate contractor. Moustapha examined them this week and said there are not many in good condition. They are from woodhead at Norfolk and Portsmouth. There is also a great one from Hazard. It’s not from our neighborhood, but It’s available if anyone is interested.
All of the curbs are being stored at woodhead just north of Richmond. Let us know if you want one and I’ll put you in touch with the contractor. They are ready to move them soon. So, don’t delay!
-Rebekah