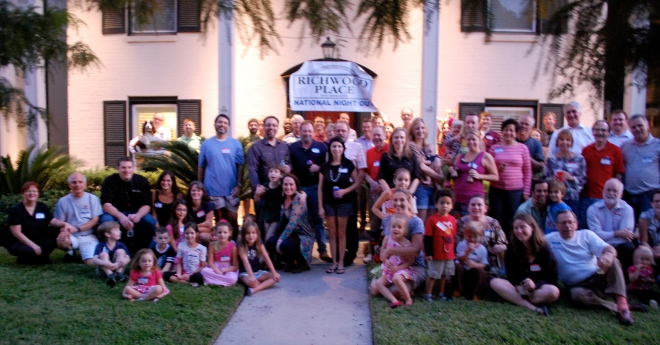 Thank you to all of you who participated, donated time to and came out to be a part of Texas National Night Out 2012. We had a great time! Special thanks to the Bakers and Stefaniaks for hosting. You are the best! And, to Eric for letting us use his driveway as the perfect “stage” for the second year in a row. Thank you to Ruth Adams and the Board of the Richwood Place Civic Association for planning, and reaching out to our local government and US government leaders and inviting them to our community event. Thank you to US Congressman, Ted Poe, for attending our event. Thank you to Ellen Cohen’s office for your attendance as well. Thank you to HFD Fire Station 16! We love having you in our neighborhood and really appreciate you taking the time to come out to our events. Many thanks to our great sponsors, Ash Rowell and Duff Beer. You are amazing! Zoes Kitchen. Thank you for the yummy bites. Reprint!- thanks for the great work you do. Here are a few pictures from tonight’s National Night Out in Richwood Place. Thank you again to all of you who came out tonight. Our community is better because of each of you. Thank you. 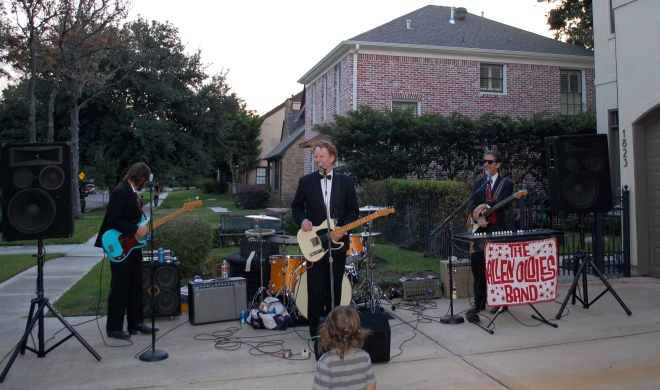 Ever wondered about the history of your home? Who lived there before you? Has your house changed a lot over the years?

In February of 2010, Daniel Baker, the current Vice President of the Civic Association posted information about his experience locating some of the history of his home. Daniel’s post can be found here: http://home.richwoodplace.org/2010/02/28/historic-information-and-resources/

I followed the links from Daniel’s post, requested and received information on my house as well. The information included the names of previous owners, the appraised value at various times in history and a picture of the house. The above image from the year 1964 was a part of the file images I received. It was a very easy process. So, click the links and find out more about the history of your home. It could prove to be very interesting! 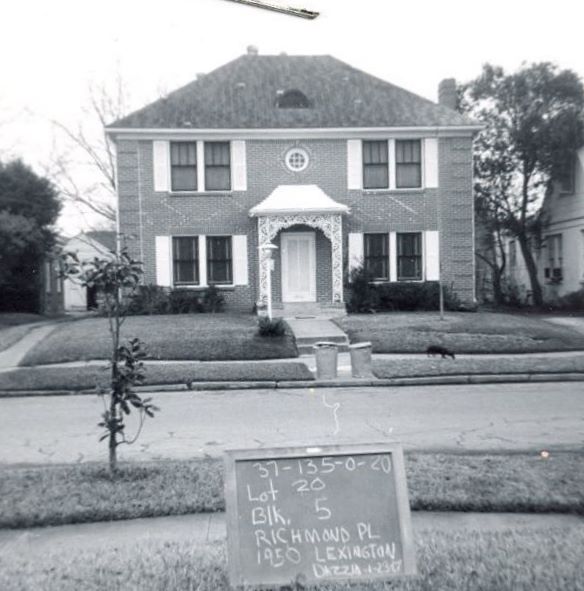 Our house, today, from the same view

Meg Zoller of the Fine Homes Houston website recently blogged a market report for March.  Click here to view the complete blog detailing many Houston neighborhoods, or read below for the Montrose excerpt:

The Montrose area in Houston, TX is generally bound by Highway 59 to the south,  Allen Parkway to the north, Bagby Street to the east and Shepherd to the west; Montrose market area boundaries expand beyond the subdivision.

Originally pronounced as if it were two words, that is, “Mont Rose”, Montrose is generally bound by Highway 59 to the south, Allen Parkway to the north, Bagby Street on the east and Shepherd to the west. The Museum District is located in the southern part of Montrose and many bars & restaurants, thrift/vintage/second-hand shops, eclectic boutiques and small galleries maintain the unique flavor of this part of the city.

Initially envisioned as a planned community and/or streetcar suburb and dating back to the early 20th Century, Montrose comes with the most distinctive character of eccentricity and diversity in Houston.It is one of the prettiest areas with renovated mansions, bungalows with wide porches and cozy cottages lining shady boulevards where people can walk and cycle easily. There is even a small pocket of homes called Courtland Place where all of the houses are listed in the National Historic Registry. Other surrounding neighborhoods include Westmoreland, Avondale and Cherryhurst, all generating a Southern, cozy atmosphere. Townhouse/Condos and Lofts are very prevalent in the Montrose area as well.

Based upon information gathered from the Houston Association of Realtors there were 5 single family homes sold in the month of February in the Montrose market area ranging in price from $279,000 to $710,000 for an average price per square foot of $179.35. There were 9 town house/condos sold in the Montrose market area during this same period with prices ranging from $60,000 to $350,000 for an average of $130.63 per square foot.

Currently there are 79 active available single family homes for sale in Montrose with list prices ranging from $220,000 to $1,375,000 and 12 properties option pending, pending continue to show and pending sale. There are 85 active available town house/condos in the Montrose market area with prices ranging from $83,500 to $899,000 and there are 18 properties in various stages of the pending process.

Montrose market area residents continue to enjoy stable property valuesas reflected in the following data provided by the Houston Association of Realtors. There were 4 single family homes sold in January 2010 with prices ranging from $264,500 to $550,000; averaging $169.70 per square foot. There were 7 town house/condos sold in the Montrose market area during this same period with prices ranging from $97,000 to $312,000 for an average of $133.71 per square foot.

Houston’s historic Alabama Theatre could soon undergo renovations. As Laurie Johnson reports — Weingarten Realty is considering a plan to gut the interior and lease the space as a big box retail store.

The Alabama Theatre on Shepherd is one of two surviving Art Deco theaters in Houston, along with the River Oaks Theatre.

It was built in 1939 and operated as a movie theatre until 1983. It was then converted into a Bookstop, but as David Bush with the Greater Houston Preservation Alliance points out, the bookstore maintained the theatre’s art deco interior.

You can read the full article on the KUHF web site.

It’s census time again! Don’t forget to submit your forms. To get into the spirit, my wife and I looked up the 2001 census data for Montrose, which happens to be online at the City of Houston website which provides multiple ways to access the data.

It shows that over 60% housing units are occupied by renters — the Houston average is just under 50%.

It’s not as diverse as you might imagine.  Jennifer wants to meet the native Hawaiian family.

I’ve attached a map that shows registered civic associations in Montrose. It gives a great visualization of the different neighborhoods and the Montrose/Neartown area. 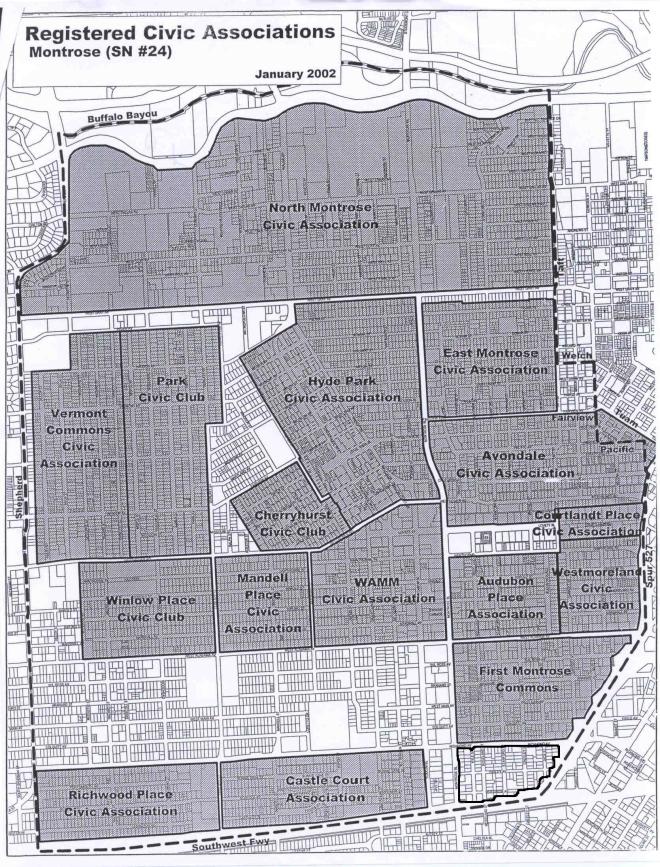 You can see RIchwood Place in the lower left. Click to zoom.

Here are a few notable moments Google Earth captured as they drove through Richwood:

1800 Lexington – Prior to the street being redone